This fall, and What's Next!

It's been a busy fall semester at McGill, and busier still with performing.  I played to exciting programs at Christ Church Cathedral in September and October.  One was a solo program, featuring latin american guitar music, and the other was a duo recital with clarinetist Manon Champel.  Both were very successful, with two appreciative audiences.  I also performed with the McGill Contemporary Music Ensemble, premiering Juro Kim Feliz's piece "Wilujeng" for Large Ensemble.  My next performance will in Kingston, Ontario on December 3rd.  My brother Ben will be joining me on the flute for a beautiful program as a part of St. George's Cathedral's Advent concert series.  We will be playing some of my favourite music, not just for this ensemble, but overall.  The opening piece is a set of Medieval Christmas pieces arranged for Guitar and Recorder, which are exquisitely beautiful!  If you find yourself in Kingston next month, or know anyone who will be, spread the word!  The following week, on the 7th of December I will be performing in the McGill Guitar Class recital, where I will be playing excerpts from my new transcription of a Sonata by Silvius Weiss.  Keep an eye here to hear about more future events!   Here is a photo from my september recital at Christ Church. 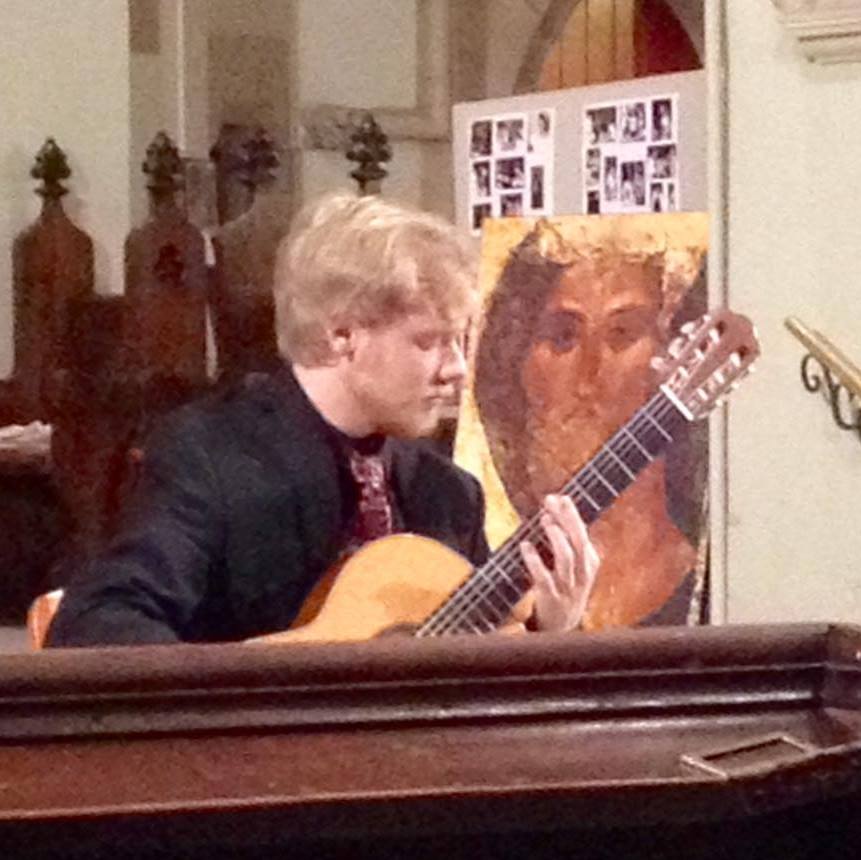