The other day I had a bit of a disappointing experience. I had restrung my guitar the day before, played them, settled them in, and when I went to practice the next morning... well, I didn't like how they sounded. Okay. Fine. No big deal right? I'll put on different strings next time. The thing is though, I've been using this same brand and type of string almost uniquely for the past three years and I have had nothing but positive comments about them. So what changed?

I carefully checked the intonation, inspected the surface of the strings, and they certainly weren't flawed; in fact they sounded pretty much exactly like any other set of these strings (I won't mention the name, I don't want to discourage anyone from trying them out on their instrument). There was nothing wrong with them, they were good strings. But I had an expectation for how I wanted a new set of strings to sound which was totally disappointed. It *is* possible that the composition of the strings was different, despite not being marked or advertised. But on the contrary I think that perhaps my ear wants to hear my instrument differently now. 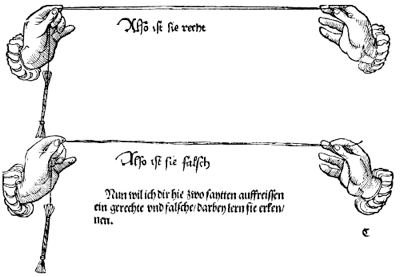 Musicians inevitably get to know their instruments very well, we spend hours everyday touching it, hearing it, even...tasting it? to some extent..I suppose..if you play a wind instrument (although I don't think this is important............question wind players....is there such thing as a flavoured mouthpiece??.... I digress). I certainly also smell the fragrance of the wood that makes up my guitar.

For those of us with string instruments, this very temporary, aging, wildly variable, essential material, the string is what, in the end, makes our instrument functional. There is something like this for all musicians, reeds, mouthpieces, mallets, vocal chords, etc.

Now, this presents a huge contrast of, the instrument: the wood, the shape, the bridge etc, vs. the string: nylon, gut, metal, carbon fibre, you name it there are countless materials one can use to make a string these days. The former is constant, it's what we know and (hopefully) love and that we hold in our hands every day, the latter is in a strange place; by that I mean, yes we touch strings on our instrument every day as well, but they are always changing, for me a set of strings last no longer than (shock and awe) two weeks. If we go back a few hundred years, the highest string on a lute might only have had a lifespan of two days before it would break! If you're interested in learning a bit more about lute strings in history I would recommend watching this video Tuning the Heart Strings [me:mo] made by lutenist Lukas Henning. It's worth noting in his video the references to strings that appear in everyday metaphors and also that the material which made your string was of utmost importance to the sound you wished to create as a musician.

The at once constant and temporary nature of our instruments is really no different than the nature of ourselves as individuals. And this is maybe where I find the answer to my earlier question: what changed? Maybe that question isn't even specific enough. Maybe I should ask, what was changing, that changed this, that changed that, that caused me to think that, that changed this etc..... since each change modified a very small detail. If I change strings every two weeks, I'm sure I change my mind about things much more frequently. The answer though, is also more complex than simply "I changed my mind" even if that IS the truth. There is a constant in me; that I am alive and I am have this fleshy boney stuff I call a body. There is a temporary part of me too. Like strings it is developing, aging, wildly variable, always essential. There is one difference though, and that is that after two weeks I don't extract this thing (call it my heart) from my body, throw it in the rubbish bin, and replace it, but instead it is more like I cover it with a new layer; the difference between the instrument and me is that for me each set of strings is cumulative. Picture an instrument that was built to be this way, it would have to be massive, infinitely large actually. The first set of strings are strung, they live their life and it's time for new set, but instead of removing them, the new set is added below, while what is left of the old strings continues to resonate sympathetically to with the new strings as part of the instrument. If we repeat this process forever we'd end up with an instrument of impossible complexity, with infinite strings ringing with the very small number of strings that are being touched by the musician. The closest I've ever been to hearing something like this was a couple years ago in a guitar shop in Toronto. I set up in a small room not bigger than a walk in closet, but with very high walls on all sides from which a few dozen guitars were hanging. Playing a guitar in that room set all the others into ringing, and since they were not all tuned the same way, more notes resonated than you'd typically expect from a six-string guitar.

In short, I have to start a new process of discovery. I will be trying many sets of strings and listening to hear what sounds right not only on my guitar, but what sounds right to my sensibility as a musician. The strings are what bring the magic of the instrument to life, we musicians have to think tirelessly to discern a sound that's appropriate to our instrument, to the music we are playing, and most importantly to find a sound that we love. This takes time, and as I've noticed it also changes with time, so when next you listen to a musician think about their sound, it has a lot to do with their technique yes, but it has even more to do with the materials they've chosen and their musical intention, which is, shall I say a huge part of what makes the 'heart and soul' of their music.

Now I have to decide what do with this box full of strings at home that I don't really want anymore, perhaps I'll make some trades!

Thanks for reading this week's blog. As always I enjoy hearing your thoughts. And as a side question today, what do you think would be the best flavoured mouth-piece? Spearmint? Salmon tartare?